With the upcoming Cokemaking Coal Yard Barrel Reclaimer shutdown, an investigation was conducted to look at possible options to transfer material when the barrel reclaimer will be out of action.

Project Investigation commenced on the 31st of July 2014

Derek Longley located in the BSL Central Engineering Office investigated the option of relocating the head of conveyor CC18, to allow for the installation of a diverter gate and a bypass chute to both CC14 and CC19 conveyor. The tail end of CC14 tail to be extended to reach the new by-pass chute. The project concept was developed from an existing model using Inventor 2014. 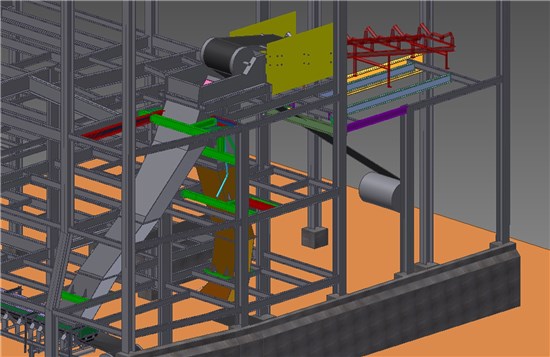 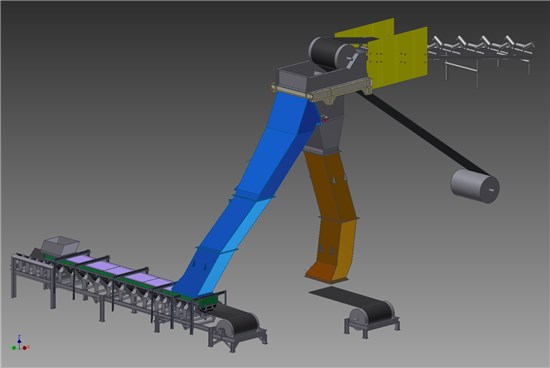 Project Approval was given on the 29th of August 2014

It was decided that this project had significant cost saving and that we needed to proceed at warp speed.

A few phone calls were made and the project team was assembled within the hour with 4 well regarded Inventor Drafters.

Due to Derek’s work commitments the project coordination was handed over to Zis Anastas who is also located in the BSL Central Engineering Office.

The project was broken up to manageable packages. 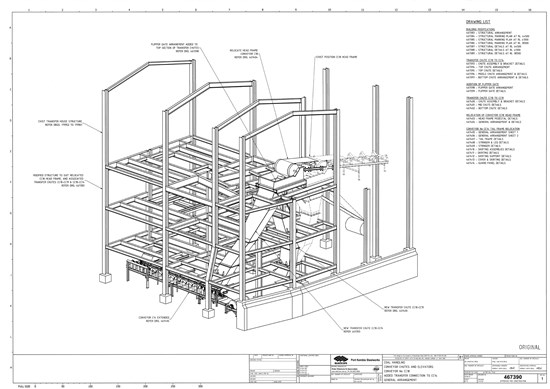